The Pressure to Succeed as an Amateur on the A-Circuit

First time at Badminton? Fear not – we’ve got you covered with our no-holds-barred, access-all-areas* guide to the world’s most fearsomely fabulous four-star.
*Okay, not actually ‘access all areas’. We don’t want any of you rocking up in the stables, for example, or blagging your way into the riders’ party in Badminton House. In fact, we actively discourage such behaviour, until such time you’re actually competing there yourself and then you can go ahead, party in the big house and loiter in the stableyard as much as you like.
Right, now we have that disclaimer out of the way, let’s get on with the serious business.

Everyone now wears tweed in order to blend in, to the point they blend in SO WELL it’s hard to actually see people.

How to get there
Badminton is a little village in Gloucestershire, an English county with higher than average numbers of Royals, riders, Range Rovers and rampant affairs, if the great Jilly Cooper is to be believed. Badminton House is a Downton Abbey-style country house with a huge estate of parkland attached, which is handy because thousands of people will descend there this May and it would be a bit awkward if they only had a small paddock to fit them in.
You don’t have to own a stately home to host a three-day event, but it helps. Badminton is the most famous horse trials, therefore the owners built a suitably impressive house to go with it. Not only that, but previous Dukes of Beaufort were visionary enough to know that one day their house would become famous as the site of a major equestrian event, because they started work on the house in the 17th century, giving them plenty of time for the building work to be complete in plenty of time for the first horse trials to be held there in 1949. Thank goodness they did, or the cross-country photos wouldn’t look nearly so impressive.
The house is gigantic, which is handy, because you can just head in the general direction of Gloucestershire (that’s pronounced GLOSS-ter-shyre by the way) and if you drive around for long enough, you’re bound to come across it sooner or later. Or you can just follow the traffic jams…
Which brings us neatly to our next point – traffic. A hundred thousand people are expected on cross-country day, so if you want to avoid the queues, you need to leave NOW. Go on, stop reading this nonsense, get going, or you’re going to be stuck in a three-mile tailback with only radio Badminton for company. 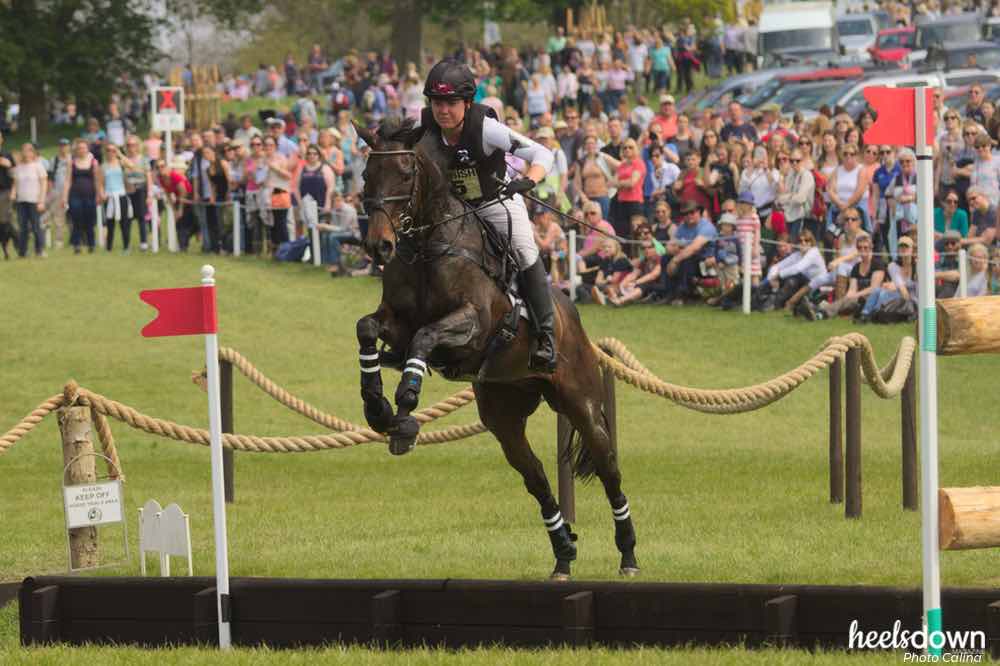 What to wear
I have one word for you – tweed. It’s always been a staple look for horse trials audiences here in the UK, but in the past decade there’s been some sort of tweed explosion. You could almost call it a tweed obsession. A tweedsession. We think the wearing of tweed might even have been made compulsory at some point. Everyone now wears tweed in order to blend in, to the point they blend in SO WELL it’s hard to actually see people, and you will spend your entire visit walking round the cross-country course bumping into people and apologising.
It doesn’t matter what the weather is going to be – wear tweed. Raining? Buy a tweed mackintosh. Freezing? Head to toe tweed. Mild? Tweed mini skirt and matching blazer. Boiling hot? Buy a tweed bikini and don’t forget the sunscreen. Being Britain in May, you might as well pack for all weather outcomes, you’ll probably experience the four extremes in one afternoon. Forgotten to pack any tweed? Fear not, there are hundreds of shops in the shopping village and nearly all of them will sell tweed.
Badminton trendsetters will pair their tweed with a pair of Fairfax and Favor long boots and a Hicks and Brown hat, even if its 30 degrees Celsius. Newcomers to the sport could be forgiven for thinking there is some sort of Badminton Uniform. There isn’t, but it’s surely only a matter of time.

Look out for pro riders, who’ll walk it roughly 16 times in the hope of convincing themselves it’s not as terrifying as it looks.

Crazy Horse People Of The Internet

What to bring
Dogs, and lots of them. You won’t be taken seriously at Badminton if you don’t travel with your own pack of hounds. Not ACTUAL hounds, you understand, there are plenty of those in the hunt kennels already, but aim for a nice cross-section of canine breeds. We suggest a couple of Labradors, a Springer Spaniel, three Jack Russells and a Dalmatian. Admittedly, it’ll be awkward if you’re travelling to Badminton from abroad, but we’re sure you can hire some dogs from somewhere.
Some people get really cross about dogs being at horse trials, but those people are probably just jealous about the size of your pack. Being a horsey event, you’ll probably encounter a complete stranger who will happily tell you in person why you are the worst human to ever exist for bringing seven dogs to an event instead of leaving them at home with your Dog Nanny or something. Nod and smile, or disguise yourself with some more tweed and hope that person doesn’t see you.
Dogs, unlike tweed, are non-compulsory. Don’t bring them if it’s pouring with rain or too hot because they’ll probably be miserable, and definitely don’t let them escape from their lead so they chase Andrew Nicholson on the cross-country. He’ll be forced to track you down and assassinate you afterwards, and he’s got enough on his plate defending his title already.
Other essentials: money (See aforementioned shopping village – that tweed isn’t going to pay for itself, you know), a picnic (preferably to be eaten by one’s Range Rover) and comfortable shoes/boots. When people talk about getting fit for Badminton, they’re not referring to the horses – that cross-country course is four miles long. 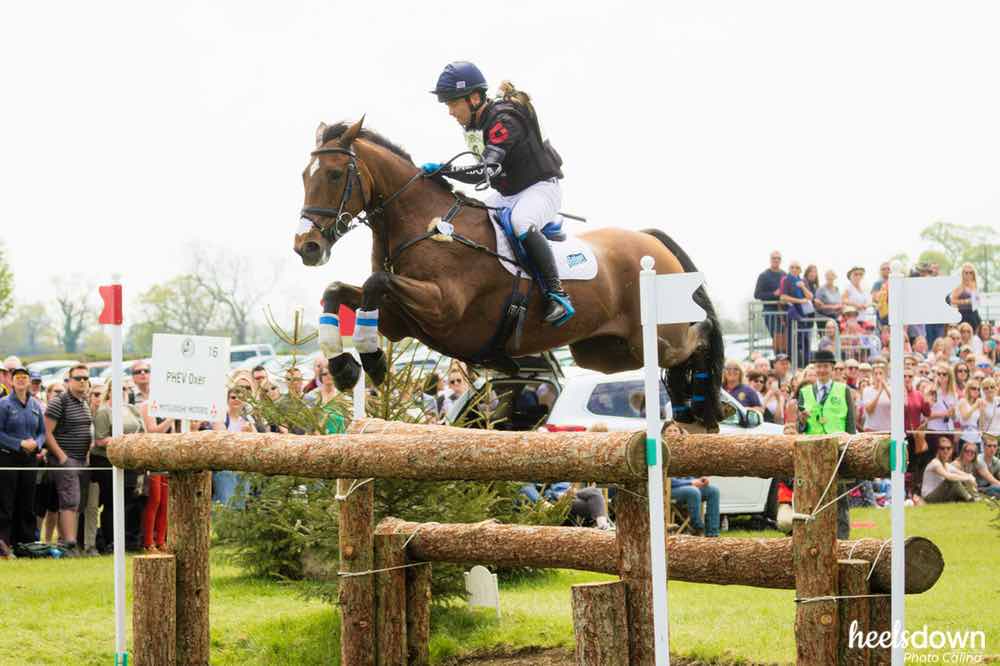 What to do
Walk the course, so you can see just how ridiculously big and scary the jumps are. Look out for pro riders, who’ll walk it roughly 16 times in the hope of convincing themselves it’s not as terrifying as it looks. Go to the shopping village. Buy tweed. Head to the cross-country. Try to find a spot by the Lake with several thousand other people trying to do the same thing. Give up. Go to the champagne tent and watch on the big screen instead.
What to say
“This is the first big question on the course.”
“As I was saying to William F-P…”
“Has that mare moved up to two-star yet?”
“I’m definitely going to qualify for the Mitsubishi Cup next year.”
“Look at this wonderful tweed jacket I’ve just bought.”
“Where’s the Pimms tent?”
“It’s not going to be a dressage competition, that’s for sure.”