Catching Up With Chloe Reid: What It's Like Rooming With Other Equestrians

It takes a certain kind of bravery to be a three-day eventer at the top levels of the sport. There’s a grit and a toughness one needs to push along the ultra-fit horse required to tackle some of the largest, most unforgiving jumps in the world, down ditches and up banks, at a full gallop.
And then there’s Holly Jacks-Smither, a 32-year-old Canadian four-star eventer, who has proved she can do just that and more. Aside from eventing, in which she took an off-track Thoroughbred to the Land Rover Kentucky Three-Day Event for the second time this year, she also gallops racehorses on the track. She’s married to an English Thoroughbred trainer. And she grew up barrel racing and team penning.
Did I mention she also boxes competitively?
What stands out about Holly when you first meet her is her audacious style. She wore a woven cowboy hat and cowboy boots with a colorful, fringe-adorned dress on her first Kentucky jog. The vibrant cowboy boots and matching jewelry have made numerous appearances in her jogs, which is a loud statement to make among the more common and conservative derby hats, three-piece suits and floral prints.
But the best part about Holly is she doesn’t care about any of that.

Eventing is tough. But it’s a whole other thing to get punched in the face, get back up and keep going.

Building a career on retired racehorses
Holly rode her first horse, given to her at age six, in barrel racing, team penning, show jumping and eventing. It was there that a passion was born to produce a horse from the bottom to the top.
She’s known her current mount, More Inspiration, or Morris as he’s known around the barn, since he was a two-year-old coming off the racetrack. Holly met him as a resale prospect, but took a liking to him. The only problem was she couldn’t afford his $2,000 price tag. 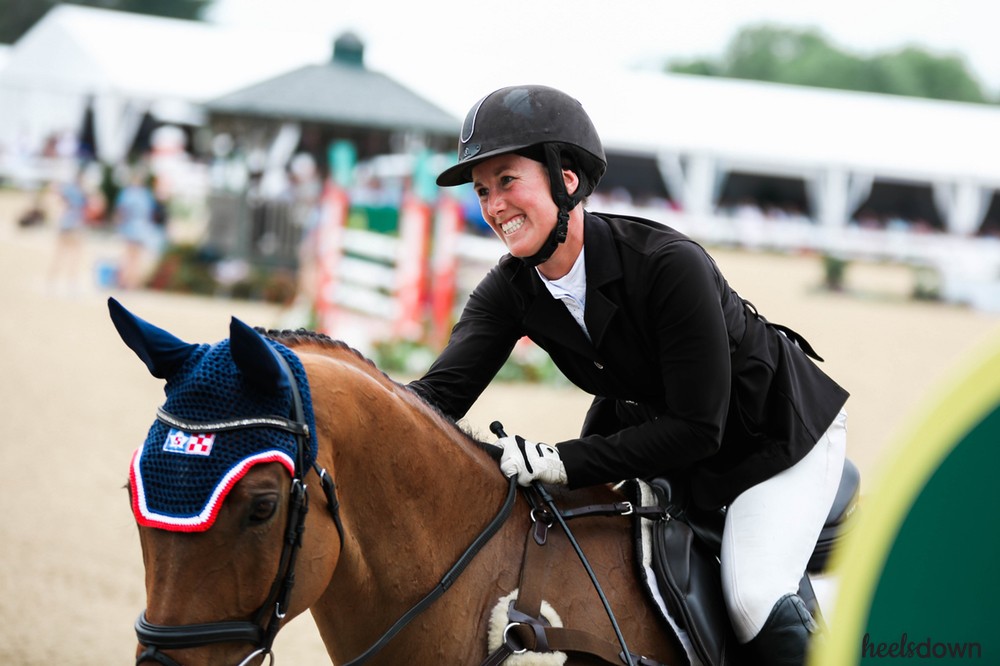 So she convinced her grandfather to use the money he’d set aside as her college fund to buy her a horse instead.
“At that point we knew I was going to ride horses for the rest of my life and wasn’t going to use it,” Holly explained. “But it meant a lot to me. At the time he was really sick and wanted to help me.”
The original goal with Morris was to train the bay gelding through preliminary, and then sell him for a profit to buy a fancier horse. Holly describes Morris as “your average Thoroughbred” upon first glance, but what changed her mind was his personality.
“He bucks me off all the time,” she admits candidly.
Morris is also swaybacked, which made fitting tack and developing his body more difficult.
“He has to work a lot harder than the average horse because of the way he’s built,” Holly said. But still, he manages because he loves his job, she says.
Her coach, Buck Davidson, has been a tremendous force in preparing the pair for a career at the four-star level. Holly represented her country at the FEI Nations Cup in Aachen in 2015. Her dream, she says, is to make it to the Olympics one day.
“He’s so good at figuring out my weaknesses,” Holly says of Buck. “And he makes me practice them over and over so I’m prepared.”
But when you ask Holly about her goals, she shrugs and smiles, as if saying, “we’ll see what’s next.”
“I never thought I would get to a four-star. I always thought that wasn’t for people like me,” Holly admits. “I didn’t go to Young Riders. But Morris, when I got him, he made my decision to go to a four-star.” 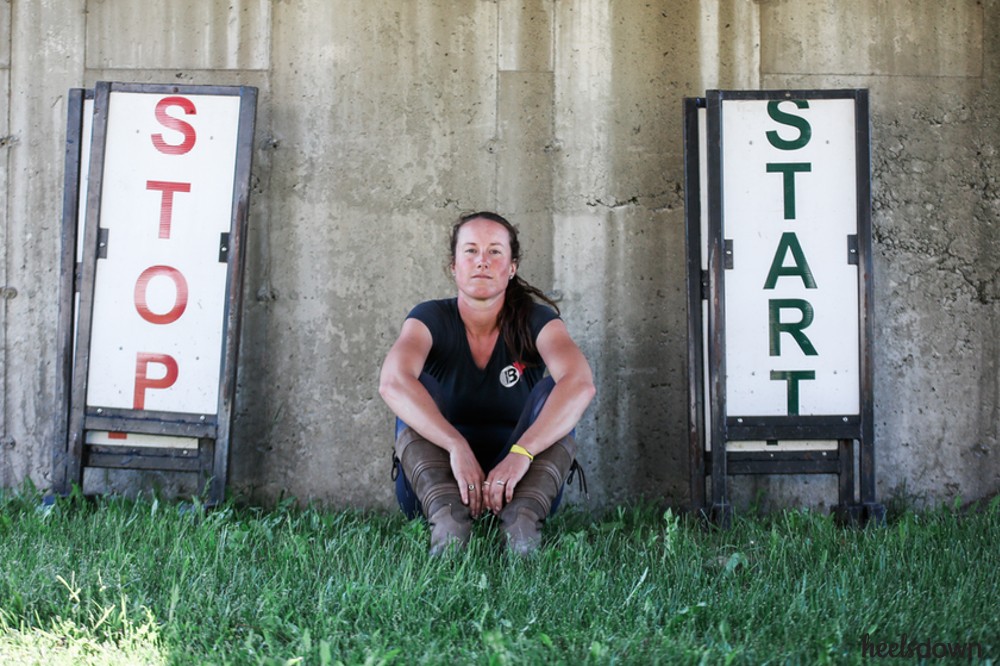 Toughness in and out of the saddle
Holly married Bruce Smither, a racehorse trainer hailing from England, after meeting in 2008. They’ve since intertwined their businesses and lives, and operate a training farm in Ocala, Fla. They cater to multiple disciplines with their training, racing, and horse breaking skills.
Holly’s step-son, Mark Smither, is the one who introduced her to boxing.
“He’s a champion,” she says proudly. After taking a kickboxing class, Holly realized she had a knack for punching stuff, too. It helped that she had someone in the family to train her.

I never thought I would get to a four-star. I always thought that wasn’t for people like me.

How to Create a Bold Horse

“I’m highly competitive. I don’t just do things for fun,” Holly admits. So naturally, she’s trained hard enough to win some Golden Glove boxing matches, even though she says her whole heart still lies in the horses. “It’s awesome,” she says about boxing, and winning.
“What I like about boxing is there’s no one else to fault but myself if I don’t win. It’s all on you,” as opposed to riding, in which she views her horse as her full partner.
She hasn’t been to the boxing gym for a while, given her rigorous daily riding schedule. Plus her and her husband are expanding their business on the new farm. But she says she’ll be putting the red gloves back on soon.
When asked which is harder, eventing or boxing, Holly takes a minute to consider it.
“Eventing is tough. But it’s a whole other thing to get punched in the face, get back up and keep going.”