What It's Like to Lend William Fox-Pitt Your Horse

Canadian Olympian Jacqueline Brooks and long-time partner D Niro, a 18-year-old Swedish Warmblood gelding owned by Mary Brooks and Brookhaven Dressage Inc, introduced their new Sound of Silence freestyle at Dressage at Devon after debuting it a week prior in Saugerties, NY. Their performance under the lights in the Dixon Oval earned them a score of 70.875 for third place in the FEI Grand Prix Freestyle CDI-W. She explained how the inspired routine was put together.

I worked with Tamara Williamson from Kurboom, whom I’ve worked with for twenty years. It took me a little bit to convince her that one song would work, but the technology now is amazing. You can do changes in tempo without changes in pitch so you probably noticed that his voice never changed, even though the tempo was constantly changing. So the walk-tempo was for the walk, the canter-tempo was for the canter, the trot-tempo was for the trot and then piaffe-passage obviously. It’s pretty much similar to canter, you can canter and piaffe and passage. It’s very similar metronome beats. It was right on the metronome.

If you really match their strides to your music you’re going where they are the most balanced anyway so they are happy to go there.

We sat there and made sure everything was exactly right for the tempo, but what’s beautiful about it is then you never leave the song. So people can sing it start to finish, the whole freestyle, and they can anticipate it. That was also one of the challenges to making it. It has to flow in a way that it makes sense to the listener. If you break the song up too much, all of a sudden it’s not really the song. We really had to think about making the song and then me interpreting the song, as opposed to how it’s normally done. You make a pattern and then somebody cuts and chops music to that pattern. We did it a bit backwards. It took quite a bit of sitting there and really figuring it out.
Watch the freestyle at Dressage at Devon

I’m very mathematical in what I do anyway, so for me to count beats and count rhythm, I know how many steps it takes me to get the ones, how many steps in the pirouettes, how many beats I need. And I could phrase it. I knew the phrasing for an extended canter, the phrasing for the pirouette, and then it was just making sure there was enough time to get around the ring without you guys going like a hiccup in the song. When we put the lack of words in the pirouette, when the song came back in it’s exactly where the verse came back in. So if you were singing along to the pirouette if you knew the words, which most people do for that song, the right words came when I went into the ones. That’s what I wanted. I wanted it to be like everybody is like “yeah, I know that song. I love that song”.

I really wanted to do it and I’m really happy I did it. And I think it’s the future.

That particular version of the song is by Disturbed, believe it or not, which is a heavy metal band, but it’s very emotional. I lost my father this summer. It’s been an emotional summer for me so I just thought, I just want to do this. It was quite amazing because [judge] Stephen Clarke came in at the end and he’s like: “I got it. I loved it.” It’s one of those things. I really wanted to do it and I’m really happy I did it. And I think it’s the future. You know I think it’s something that as the kurs go on, it’s got to become more like that. The crowd is involved, you don’t question it. You know how ice skating has gotten.
When David Pelletier and Jamie Salé had a beautiful Love Story [routine] that they won the gold medal with [at the 2002 Olympic Games in Salt Lake City] and everybody related to it. They were in very simple costumes, a grey miniskirt. Just beautiful, simple but absolutely everyone who knew that movie and knew that music was following along. I think we have to go there. We have to be able to have anyone, not somebody that knows particularly dressage [appreciate it]. If somebody walked in here from Devon and saw Goose doing that today to that music they would be like “Wow. Look at that horse go to that song.” 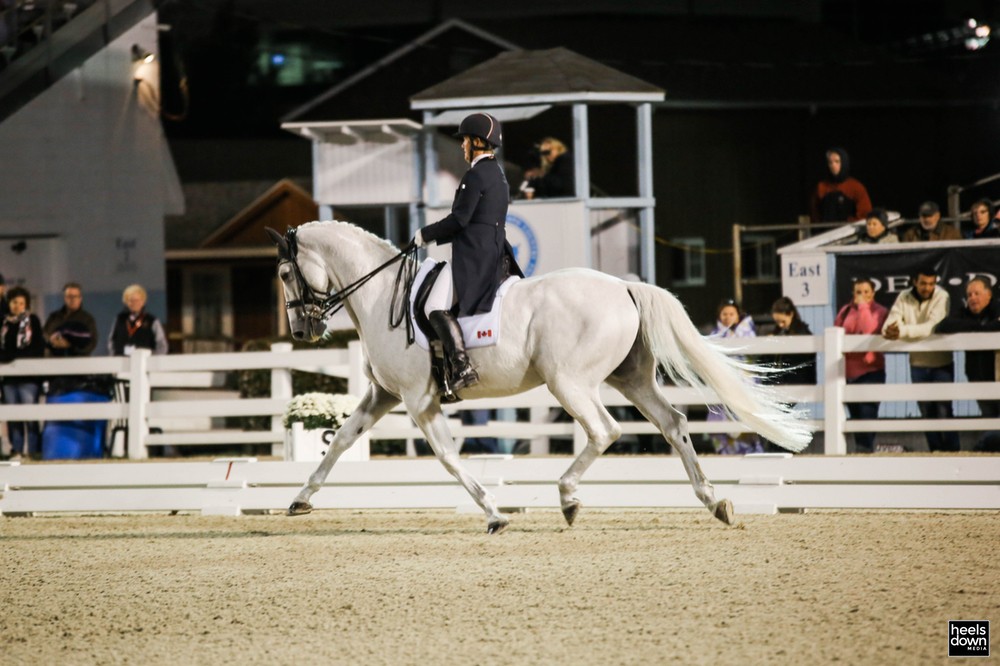 Horses definitely feel rhythm and whether that’s you who translate that to them because if you’re musical you have it in you. But most of our marks are for keeping rhythm, so once you hit the right rhythm with the music, you are in rhythm, they are in rhythm. They are very content in that rhythm, they don’t want to be out of rhythm. If you really match their strides to your music you’re going where they are the most balanced anyway so they are happy to go there.
That was the second pressure – how do you follow Hallelujah? This is Goose’s 7th freestyle at Devon. He did Hallelujah since 2012. Now we mixed it up, we added the opera, the Joni Mitchell one and tried to make it a little bit different but that’s a hard pressure to follow up a song like that.

4 Ways to Combat Stress While You’re Stuck at Home

He’s all heart, he’s all try. If you really define our sport, it’s an obedience test. It should be based on correct training.

Goose loves this. I think he was ready for a change. I felt he really felt it. It was a very fun partnership. He’s eighteen so you don’t know if this was his last Devon or not. If this was his last Devon, I’m very very proud of him going out like that.
He is obviously not as big a mover as some of the horses in the class, and he never has been but he’s all heart. He is all heart, and he is all try. If you really define our sport, it’s an obedience test. It should be based on correct training. Whether you do that test correctly, the geometry of the test, whether there are mistakes or not. If Brittany [Fraser-Beaulieu] comes in on All In and Diane comes in on Christo and they ride clean perfect tests, ok then of course it’s better. But you know, Goose has beaten horses that are more flamboyant than he is by being correct. 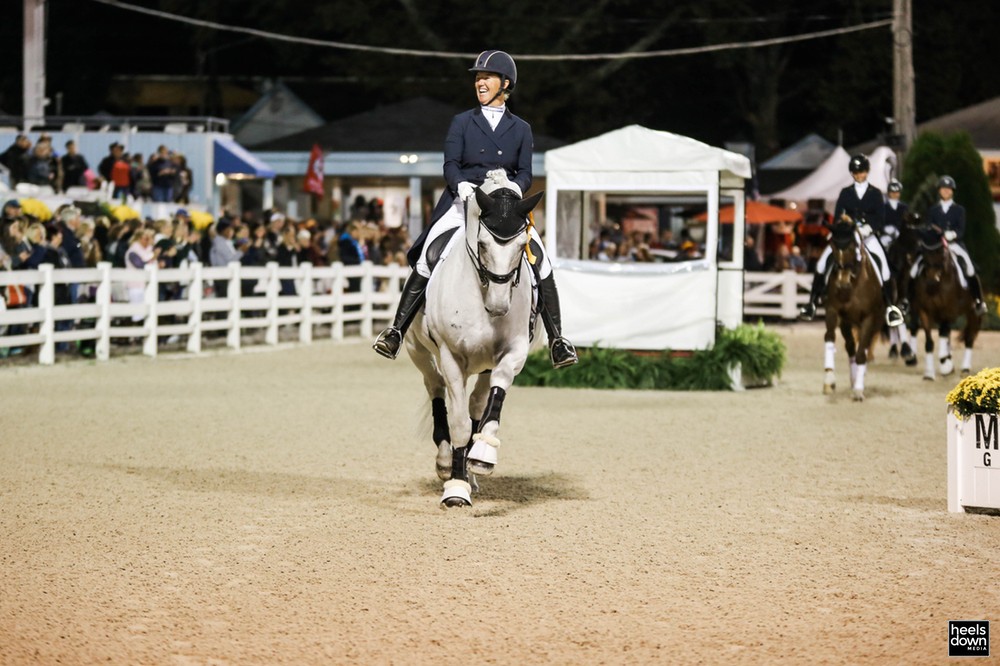 He decides [where to go] show to show. The minute that horse doesn’t drag me into the ring then he will live with me forever. I have Gran Gesto and Finnegan out in a field with a nice run-in shed, they eat my money every day. He doesn’t have to do another test. But when I’m in that warm up and I can’t stop him, they’re saying to me “you have to wait” and he’s trying to get in. I have to tell him he has to wait his turn, all the time. It’s kind of the same thing [as cross-country], he’s like he’s in the start box, ready to go.