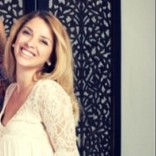 Punch Back With Holly Jacks-Smither

The numerical system of scoring hunter and equitation classes is much like a grading scale teachers use on tests, rewarding quality riding and horses with higher scores. It offers a ranking system which helps riders know where they stand in comparison to their competition.
However, equitation scoring is a little different than scoring in hunter classes.
The major differences between scoring different classes is the focus on horse instead of rider. In equitation, your score will reflect your position and style, your effectiveness, and how well you answered the course’s questions (read: if there’s a trot jump, you better trot it!).
Major faults in both the equitation ring and the hunter ring are in the USHJA judging manual. In most cases, the scoring for major faults is consistent. Judges can differ a few numbers per fault, though. For example, a break in gait may mean a score anywhere between 55-60. In equitation, a rail down will only deduct four points unless it’s the rider’s fault, in which case there can be a significant deduction based on the severity of the rider’s action.
Numerical scores reflect quality riding. That’s why it applies to the hunters and equitation. Here’s a look at what “grade” you may receive for your ride, and why.
A: 90-100
While perfect rounds aren’t typical, they happen as a rare, mystical event.
A rider with impeccable position and style who rides effectively and impresses the judge with her ring presence may be a candidate. She rides proper distances at a consistent pace, and adjusts during the course in an invisible way.
A round in the 90s may have very minor, brief flaws that don’t impede the flow of the course.

Read This Next: Why Is a Hunter Circle So Important?

B: 80-89
A ride scoring in the 80s is a quality ride with minor faults occurring during the course.
What kinds of faults are minor? Finding a long or deep distance is a minor fault. Landing from a jump in the counter-canter, even if fixed quickly, is a minor fault. This is especially true in situations where there are similar rides and similar scores.


C: 70-79
Position is key. When the rider’s equitation suffers, it’s evident in the course. If the rider shows position flaws like rounded shoulders, low eyes, or they carry their elbows out, a judge will penalize. And don’t forget: keep the heels down! A rider’s base of support and balance is critical for good equitation.
These position flaws signal there’s something difficult about the horse’s ride. The rider should mask difficulty with proper equitation. If there’s nothing to engage a judge in an equitation course, they may deduct points for lack of ring presence or style.

Like This Article? Try: Why Corners are the Most Important Part of your Course

How To Be The Most Annoying Person in the Warm-Up

You may also have committed a “major fault” during your course. The rider may catch the horse in the mouth on takeoff resulting in a dropped rail, for example.
Depending on the severity of a major fault accompanied by average riding may put you in the low 70s range, or the high 60s.
D: 60-69
The course needs improvement.
This range of scores is tell-tale for missed changes (more than one), cross-cantering, and adding strides.
Major equitation faults are also present. Loose legs, loose position, fidgeting hands, and missed distances are major faults which will result in a serious loss of points.
Remember, good equitation is about horsemanship. Show the judges what you know.