Will Equestrians Get Behind Vegan Riding Products?

It’s been three days and approximately three thousand hours since I last checked in from Lima, Peru. That’s how time passes at the Pan American Games, quickly, and with something to fill every available minute we have.

All of us photographers got to the competition venue early on cross-country day. The riders are not the only ones out there staring and staring at the obstacles for hours. We spend two to three hours walking the course and making a plan, too. It’s critical to get a few things ironed out before the first horse is on course, including how to say “I need to pass by now” in Spanish (Necisito pasar ahora) and making sure that the various volunteers, and here in Lima’s case, policemen, who were in charge of roping the lanes, knew when to actually let you by. That took some trial and error during the first few horses, as the police worked out that there were generous time blocks between each galloping horse going by. 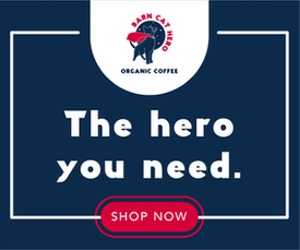 Aside from that it was looking good until the seventh horse and rider suffered a spectacular crash at the first water complex, where a dozen photographers were parked in a photo pen mere feet away. This was unfortunate for several reasons, which I’ll get to in a minute. The fall was exactly the kind you don’t want to see; Brazil’s Ruy Fonseca, a two-time Olympian and one of the most experienced event riders competing here, came in long to a big yellow boat into water at 6A, then jumped too long over a hut in the water at B, and so was then forced to jump out of the water up a bank from a very long spot at C.

The No. 7 question rode in one stride after that on an angle over a brush vertical. Accuracy required. Ruy’s horse understandably couldn’t get to seven on the correct stride and hung a leg, resulting in a rotational fall, crushing Ruy underneath him as he flipped over. Ruy did not get up. He would later be diagnosed with a broken shoulder bone and three broken ribs. He was not wearing an air-vest and is damn lucky.

Click, click, click went the cameras. You mostly assume that the photographers are equestrian-specific professionals. But at these big events there is inevitably a Getty- or Reuters-assigned photographer mixed in among our bunch. We waited as Ruy was attended to and his uninjured horse was checked over. Horse and rider were moved off the field of play in under five minutes, thanks to a big crew of well-trained volunteers.

“It was one of the sweetest, most supportive and enthusiastic crowds I’ve seen at a three-day event.”

There were other falls during the day and many eliminations but no other need for the medics to attend to injuries. The organizers did a fantastic job putting on a beautiful day of cross-country, and when the gates opened to the public at 10 a.m., hundreds of local Peruvians came in with their families to watch and line the galloping lanes to support their riders. Actually, they supported all the riders, especially the South American ones. It was one of the sweetest, most supportive and enthusiastic crowds I’ve seen at a three-day event. The themed jumps were beautiful and the cool weather made for ideal conditions.

How To Improve Your Eye For Jumping Distances, In 5 Simple Videos

Four hours later, toting my camera and sweating through multiple layers from running all around the course trying my damndest to make beautiful, unique images of this sport (see top photo), I arrived back to the media center. In the time that I’d been out on course, a Reuters photographer who had been standing next to jump No. 7 had put a gruesome photo of Ruy’s horse mid-flip out on their international newswire. It spread like wildfire and had already been posted on Mexican, Peruvian, Brazilian news sites. The general public around the world had been served their impression of three-day eventing for the day, and it was a picture of a horse that looked like it was about to break its neck.

Don’t get me wrong, I took photos of Ruy’s fall as well. I was standing right there and have the whole sequence. And I believe that we should show the perfect and not so perfect moments of every sport. Just a few days ago I was chided by a coach for daring to post a dressage picture of a pirouette that looked more like a levade.

But when you’re Reuters, and you have the power to show an impression of a small sport to such a huge network, posting the type of shot that gets animal rights activists in arms with the hashtag #bestoftheday #photooftheday isn’t just annoying, it undermines all the hard work we do to show the world our sport.  And if you are going to put a crash out on the newswire, the least you could do is be responsible enough to convey a few facts along with it so the world doesn’t assume that horse and rider broke their necks. “Hashtag best of the day” just doesn’t cut it. Thanks for nothing, Reuters.