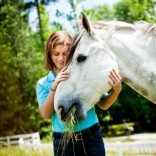 The Benefit of a Non-Horsey Significant Other

The sport of show jumping is naturally a physically demanding endeavor for horse and rider. But for the horse specifically, it requires not only the strength and stamina to speed around a course of a dozen or so obstacles, but also the lightness and finesse for a 1,000-plus pound animal to leap over fences without knocking so much as one rail.
Heels Down Mag spoke to experts in the three Olympic disciplines – dressage, show jumping and eventing – on how to keep horses happy, sound and physically conditioned. For this third and last installment in the series on strength and conditioning programs for horses, we spoke with Todd Minikus, the international show jumping legend who has more than 130 grand prix wins under his belt.
Where and When to Begin
Crafting a good conditioning program depends on the horse, the kind of injury he may have or the amount of time the horse had off to rest.
“Some horses are generally fitter than others. Some are soft and flabby naturally,” Todd explained.
Therefore there’s no “typical” timeframe that determines how long before a competition a horse and rider should get back into a serious preparation program. Instead, Todd suggests a rider should just begin and constantly assess as the horse is brought back into work. His suggestion is to reassess each horse after 30 days and then again in another 30 days, to see if his condition is improving.
The number of days of riding each week and the amount of time in the saddle per ride will vary from horse to horse. Todd tends to ride for shorter times twice a day, though.
“Twice for 20 (minutes) is better than once for 40,” he said.
The number of jumps per session is not a well-defined number Todd keeps track of. Rather, it’s more dependent on how well the horse is jumping during that particular ride, and if they do it really well once, sometimes that’s enough.
“The biggest thing is to be able to monitor, look at it and be able to read what’s going on,” Todd described. 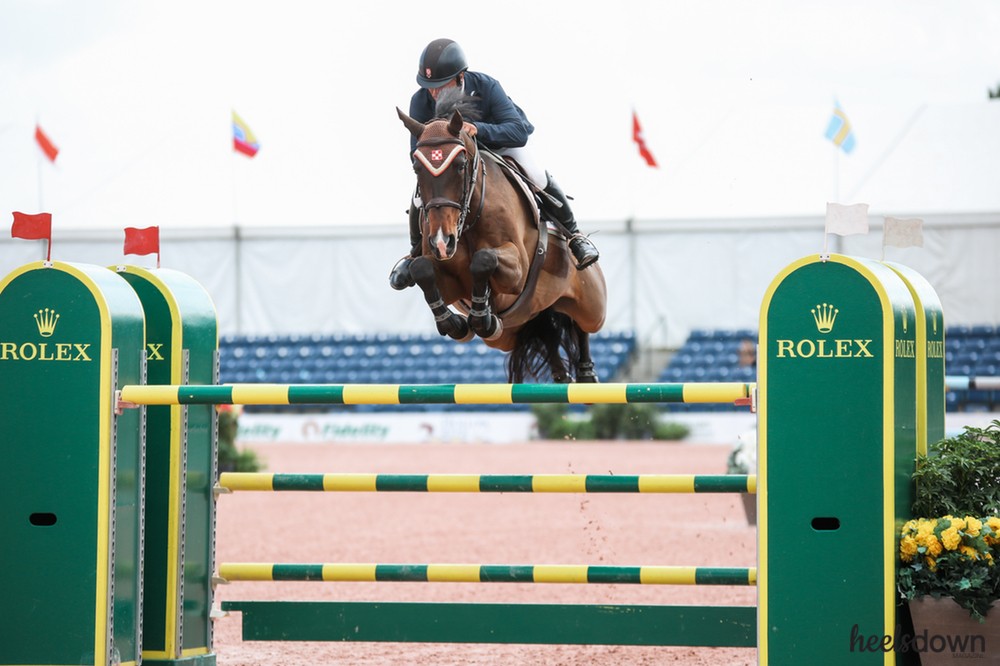 Show Jumping Strength Requirements
For show jumping, Todd thinks the demands and strength requirements aren’t terribly different from many other riding disciplines.
“For sure the soft tissue injuries are the ones you need to avoid. I think those apply to all disciplines, whether it’s reining or cutting or dressage,” he said.
For muscle development, lateral movements are key to train the horse’s body.
“If you’ve done anything athletic yourself, you can realize that if you run a long distance in a straight line, you might think you’re really fit,” Todd said. “But then you go play basketball and start and stop and turn left, turn right and golly, the next day you’re really sore.”
But he warns of riding a horse every day for two weeks and then just assuming the horse is now “fit”.
“If you go to the gym every day for two weeks, you don’t actually get that fit. It takes some serious time,” Todd warns.
As a horse develops over time, riders and grooms should be monitoring him for any signs of soreness or lameness. Oftentimes signs of tightness or inflammation is overlooked.
“A lot of times you think, ‘Oh he’s ticklish!’ But maybe he’s not ticklish…maybe he’s a little sore. There is no set A-B-C – this is the outline you should follow. In my mind, that would be bad horsemanship. You can’t read a book and train horses and get a horse fit. You have to really pay attention and monitor that individual,” Todd says.
The proper diet, too, is important when a rider is asking more from a horse physically.
“Any athlete will tell you that’s the most important thing. And go from there. If something is making you question, probably there is a concern,” Todd confirmed. 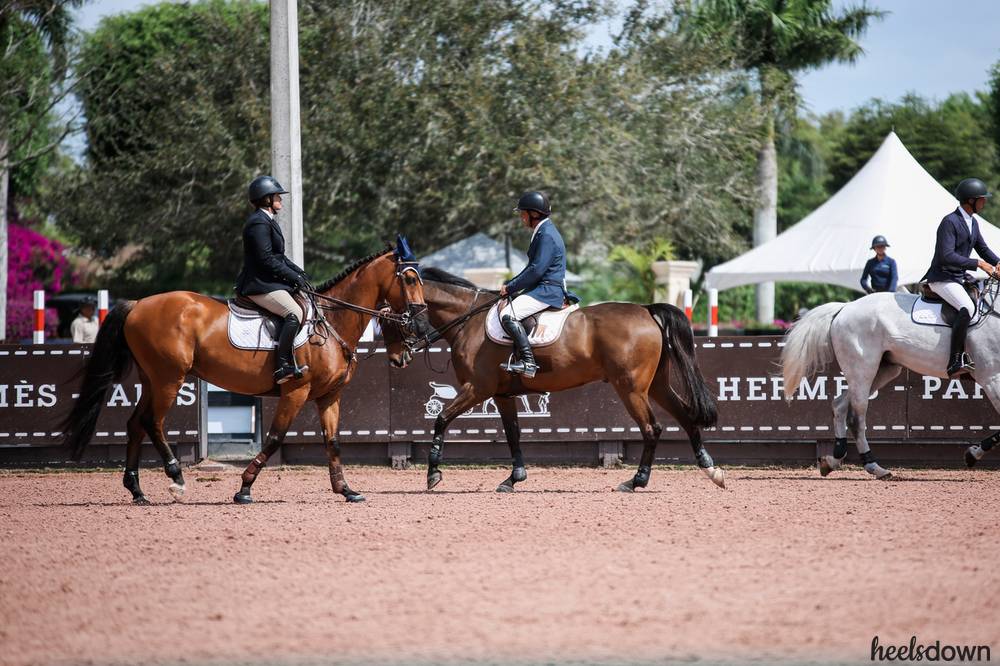 Todd’s Guide to Show Jumping Fitness:
Todd shares his regime in developing strong and fit show jumping horses.
Keep Trotting: For show jumpers, the plan is quite simple. According to Todd, there’s only one thing to establish fitness: “Trotting, trotting, trotting. We do two a day. Increase with common sense. Basically, that’s it.”
Week One: Aim to ride twice a day, every day, if possible. Start with riding around 20 minutes at a time, gaits from walk to trot depend on the individual horse’s fitness level. Some days will be easier, and others can go a little harder.
Week Two and On: As the weeks go by, increase the amount of time trotting according to the horse’s tolerance and gained fitness each week.
Jumping: This is horse-dependent as well. But from day one, a rider can add in two-foot jumps and do those a few times each ride, and up the height and number as fitness increases. “For sure you can jump those little two-footers a lot. I think it’s better to lift a ten-pound weight a lot of times as opposed to lifting 50 pounds five times,” Todd says.
But above all, let the horse tell you what he’s ready for. “Good, common sense goes a long way.”