A Hairy Situation: Caterpillars That Cause Abortions in Pregnant Mares

Horses and boyfriends don’t always mix. But if there’s one thing my horses and slew of exes have taught me about dating, it’s that some guys just aren’t cut out for being runner up to a 1,000-pound animal.
The quickest way I’ve found to weed out the bad boy apples is to invite said boyfriend to a horse show. Now I know, this already sounds like a terrible idea. There’s a lot going on at a horse show and the last thing you need as a competitor is to have another distraction. But humor me for a second. I swear there’s a silver lining here.
How a boyfriend responds under the pressure of being at a horse show is really a good indicator of whether he’s worth your time or not. Let me explain by taking you on a trip down memory lane:
Exhibit A: The Oblivious Dude
We’ll call this guy Adam. Adam was a nice guy I dated for more than a year in my early 20s. We were broke, but had college degrees and decent entry-level jobs. He was nice and smart and worked at the same place I did. He had good taste in cool things like books, music and movies. Plus he was from Colorado, so he feigned he was an outdoorsy type guy. I mean, he drove a Jeep Wrangler! (He couldn’t pull a horse trailer to save his life, though.) But this guy shrinked at the first sight of mud when a good summer thunderstorm would soak the arena and pastures at the farm. So much so that he’d rather sit in his Jeep (in the air conditioning) for two hours instead of hang out with me at barn. I should mention he was only at the barn because he wanted to be. I never asked him to come.
Adam came to a horse show once. I was schooling a very green horse at one of the more premier shows in our region. Therefore, my focus was not even remotely on my boyfriend, but on the horse and the job at hand. He showed up somewhat hungover from a night at the bar with his buddies, and even brought one buddy along with him. They both smelled terrible and they looked worse than they smelled. They holed up at the top of the bleachers the entire day, but obliged to video my rides. When I watched the videos after the show, I was livid after hearing their commentary. The spent the majority of my trips over fences discussing how my butt looked in my breeches.
Exhibit B: The Over Achiever Bro
Mr. Overachiever is Brian. He was the first boy I ever said “I love you” to, but I was in high school so upon reflection, I had no idea what I was talking about. We were teenagers, fumbling through what being “boyfriend/girlfriend” really meant, but Brian was nice and kind and my parents loved him. I was serious about horses in high school, and traveled many weekends for horse shows. Brian and I were the typical on again, off again couple. Everything was very dramatic in high school, let me remind you. We were on an “off” period when I was gearing up for my debut on the A circuit. While I was sad about Brian, it was nice to have the horse show to focus on.
I rode really well all week at the show. I was so busy that I didn’t think about Brian once. Then he showed up at the showgrounds at the crack of dawn, which was several hours away from home, on the last day of the show with a bouquet of my favorite flowers.
In true Justine fashion, I ignored him all day. He stood at the very opposite end of the arena still clutching the flowers and watched all my rides that day. Eventually my trainer brought it up while we watched others in my class go around the ring. “You’ve got to talk to that boy,” she told me. So I finally did. We made up. It could have been the ending scene of a 90s rom-com.
But that wasn’t enough for Brian. He decided he had to learn everything about horses and the hunters after that. So much so that he was so annoying to take to the barn or around horsey friends, because he always sounded like Mr. Know It All (but was still Mr. Never Ridden A Horse Before). 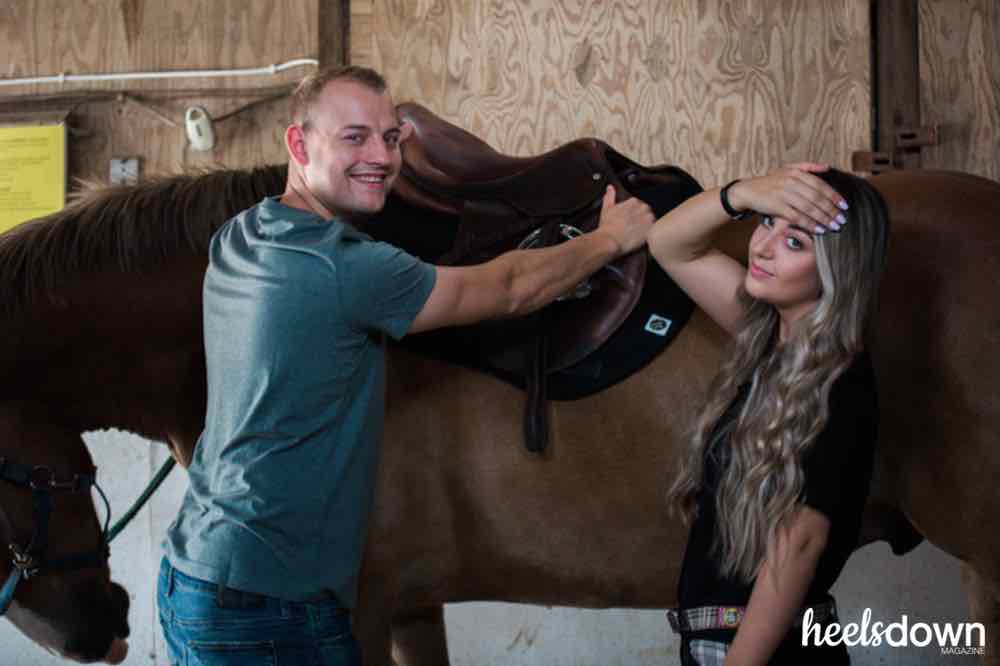 Exhibit C: The Helpful But ‘Can Do His Own Thing’ Bae
Finally, Exhibit C. If you’re still here with me, here’s your well-deserved silver lining. Exhibit C is Alex. He’s a great guy, maybe a little nervous or a little awkward around the edges, but a good guy who is genuinely into you. He knows nothing about horses but likes that you have a hobby you’re so passionate about. He has his own hobbies and passions too, but supports you in your ventures without being too overbearing or hovering.
Things are going well with the horse and the boyfriend, so you invite him to the dreaded first horse show to try to see what his true colors are. Alex shows up with coffee and breakfast to share on a cold early morning, and is eager to help. He’s the first to speak up when he needs help or is uncomfortable holding a horse’s lead rope unattended. He films your ride. He brings you water at the in-gate. He shines your boots. He cheers for you after every round even if he doesn’t understand the pattern, and at the end of the day, helps pack up the trailer without complaining. He doesn’t even ask — he just pulls off those pesky tall boots. While Alex doesn’t make it to every show (remember – he has his own hobbies) he keeps coming when he can. And you actually enjoy having him around.
Marry Exhibit C. I did 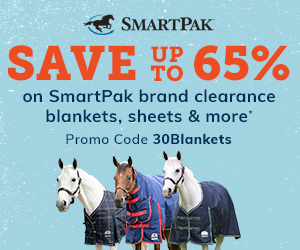