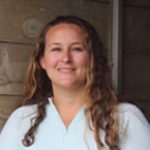 Chinese Medicine Worked For My Horse When Traditional Medicine Failed

Team Canada eventing veteran Selena O’Hanlon’s top horse stands in a garbage can full of ice after a tough gallop or cross-country day.

Like This Story? Try – Selena O’Hanlon On Her Eventing Partner, Woody: “He’s So Easy To Love.”

Athletes have used ice as a way to reduce inflammation and help sore muscles recover for decades, and the process isn’t all that different in caring for our equine athletes.

“Icing is one way to reduce inflammation, protect the ligaments and tendons in the legs, and overall, prevent injury,” described Sally Robertson, another longtime groom, who works for American eventer Lauren Kieffer. “Every care decision we make is with prevention in mind. Icing is part of that. I think people forget that the horse’s legs get really hot, from galloping and jumping, but also from being under boots or polo wraps. Their legs are covering varying terrain and taking the brunt of hard impact. We might not be able to see or feel anything different in their legs after a hard run, but that doesn’t mean changes aren’t happening.”

The practice of “icing” has several monikers these days, ranging from “cryotherapy” to “cold therapy” but the practice is pretty much the same.

A common misconception is that horses competing at lower levels don’t reap the benefits of cold therapy as much as upper-level performers do. But that’s not the case, said Dr. Jane Williams, who specializes in animal welfare research at Hartpury University.

We might not be able to see or feel anything different in their legs after a hard run, but that doesn’t mean changes aren’t happening.

“All horses can benefit from the use of ice if they have inflammation in the limbs associated with knocks, minor sprains and after strenuous exercise,” she said. “Ice has relatively short-term benefits and you should see a reduction in inflammation after it has been applied within a couple of hours.”

Anne-Marie says all of Selena’s horses, even the lower level ones, receive some kind of cold therapy.

“It’s not hurting anything, and it’s always better to be safe than sorry,” she explained.

How and When To Ice

The routine of icing varies, usually based on the horse’s level of work.

Cleaning Up The Horse Industry, One Show At A time

“Generally speaking, we use our Ice Horse tendon boots when the horses may have only jumped a little one day, for targeted therapy. If the horses galloped around cross-country, we’ll use our yellow rubber Whirlpool boots, which require more preparation to use and to get the horses to stand in, but they cover more of the horse’s leg. They can treat a larger area at once,” Sally explained.

Show jumpers tend to ice their horses legs at least once a week, generally after a jump school.

Read This Next: How And When To Poultice Your Horse’s Legs

“Usually we ice after working them and after they jump. We ice the front legs in particular. We may ice a horse a little more if we know they’ have something going on, like a lingering injury,” said American show jumper, Chloe Reid.

Front legs tend to be iced more often than the hind, said Dr. Williams because they bear the brunt of the impact after jumps and galloping.

“I think we tend to focus on the front legs because when horses gallop and jump which is often the type of exercise they have done before we apply ice, there is increased loading in the front limbs which could result in more inflammation in them,” she said.